Well, I downloaded the mod and I must say: It's great! I do have a few comments on the mod (possible bugs, some improvement ideas) but I'm unsure if this is where I should post them.
Top

This is the correct place to mention bugs/comments.

Unless you downloaded the BF242 mod from the other thread, in which case that's the wrong one and I no longer work on that one.

Comments:
The added touch of showing the missiles/rockets on planes/helicopters launching, and actually changing the static model is amazing.
Supply drop is amazing. I don't know how you coded it, but it's simply amazing.
The grenade launcher mounted under the assault rifles seems overpowered. The range being the biggest problem.
Is there any chance a "timer bar" can be added for when a player is capturing a flag?
Also, I'm surprised the camera wasn't changed to only be 1st/3rd person. I thought that's how BF2 was.

"Bugs":
The US APC has VERY bad handling, and flips over way too often.
The US APC doesn't show all 6? slots that players can sit in on the "mini-vehicle" on the screen bottom.
Supply drop is rather unreliable, the drop seems to come in X distance from the player, often dropping down onto inaccessible areas.


That's it for now. I really only got to play around a bit, not as long as I would've liked to.
Top

As for the APCs, I didn't have many problems driving them. Perhaps drive at slower speeds when going into corners. As for the timer bar, BFV has this, but there's no meme nodes capable of allowing this in BF1942. Mostly a lack of a timer code string of some kind to attach a node too like there is for the health bar for example. As for the missing a vehicle placement icons, I'm aware a view vehicles have this, but didn't see it as a major issue that would warrant delaying the initial release.

Feedback:
Supply drop now understood, thanks.
now understanding the lack of a timer, is there any chance of removing all camera modes other than 1st and 3rd person?
Again, grenade launcher range is much too long.
the APC handling problem I had seems to be simply taking corners too fast, so no worries there.
Command center is amazing!
I noticed that sprinting was added, I love it!

Questions:
CTF is inaccessible in single player, correct?
Helicopter flying is rather tricky. Am I missing something, or is it simply that BF 1942 wasn't meant to handle helicopters? Is there an advised control setup that works for helicopter/plane?
Do any of the missiles have "heat seeking" on them?
Command center, slot 3. What does it even do?

Bugs:
ALT+TABbing out of the game doesn't pause. should it?
There's a hole in Dalian plant:
Near the CP closest to the russian base there's a small bunker-like building with a machine-gun. Jumping onto the machine-gun platform, I can then jump up through the ceiling, landing on the roof.
Due to lack of installation there is no shortcut to the mod. A player needs to open the game normally, and then swap using the cutom game tab. Is there anyway to make a shortcut aside from an installation?

And once again, thank you for working on and sharing this amazing mod!
In truth, I can see this being one of "the" BF 1942 mods, I wish you success.
Top

I won't be fixings bugs relating to glitching into objects. There's just too many potentional areas this could occur with BF1942's buggy collision system. As for the third spot in the commander vehicle, that one is for spawning the squad kits. When you enter that position, use left mouse button to spawn on kit, and the right mouse button spawns a different kit. After doing this, you will notice that the kits have spawned on the sides of the UAV Trailer. They are squad kits and what sets them apart is that they have spawn points on them so team mates can spawn near you like you could in BF2.

Best Modern Desert Fight Mod! Only missed a stay Online Server to connect.
Now i have a Solution to play back on the Servers.

This is mindblowing..., i dunno how do you even make this stuff..., so much detail in everything, even in small stuff like the HUD or the loading screens, your mods are pure quality, and eveyone i play, i learn a lot of what you can really do in terms of limitations on modding BF 1942, (i'm still wrapping my head arround Heroes 42, that was amazing...)
You got an incredible talent for this, please.., never stop

Caparzo wrote:This is mindblowing..., i dunno how do you even make this stuff..., so much detail in everything, even in small stuff like the HUD or the loading screens, your mods are pure quality, and eveyone i play, i learn a lot of what you can really do in terms of limitations on modding BF 1942, (i'm still wrapping my head arround Heroes 42, that was amazing...)
You got an incredible talent for this, please.., never stop

MERRY CHRISTMAS to Apache and all,

Indeed. It's a great modeler. It is a shame, there are no server online for BF242 and BF Heroes 42. Twice mods on one server could be the solution.
It is more easy than before to be a part of the BF 1942 community. Because the TUIA BF1942.exe Patch and the new Masterserver. 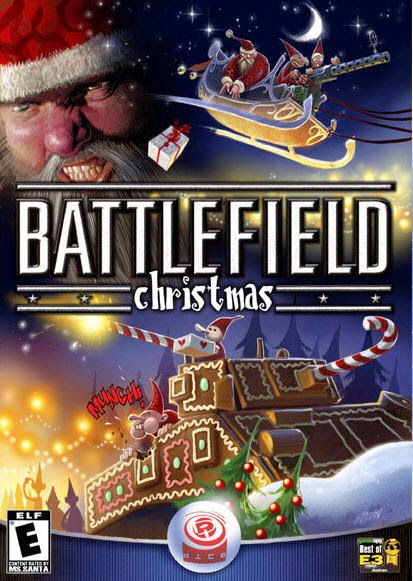 I'm admin from a server in Argentina, i'm gonna try to put Heroes 42 in a couple of weeks to see how it goes, the ip is on my signature, i will keep you informed...

Oh righty! i been testing Battlefield 242 for a while and is pretty incredible so far, BUT! theres some ugly stuff going on, and i'm gonna list them:
1) Some of the weapon models are horrendous! like the engineer gun for the "terrorist",the "spec ops" gun for the marines,the mossberg shotgun, and some other guns too, i suggest looking into other mods or games for better looking guns, for example, Battlefield Vietnam has plenty of beautiful looking guns with some sweet animations, that they are on the same style as the guns of Battlefield 2, you just rename them and VOILA! some awesome looking feeling guns!

2) Love the idea of 2D iron sights, but some of them are bad rendered in widescreen, they look fat and stretch,i suggest that you make every iron sight for widescreen resolutions in mind, since is what most people use this days..., and there is way to make your charater walk automatically when you are in iron sight mode?
3) The pistols dont have Iron sights
4) When you're sprinting, your gun dissapears from your hands, in first person and third person, and there is a way to limit the springting time?
5) I think the APCs fire waaay to fast, i havent played BF2 for a couple of years, ( i been playing BF play 4 free) the apcs really fired that fast on BF2?
6) The BF2 style loading screens are awesome, but they are very empty..., nothing on the descripcion of the map, no information about anything

7) The ragdoll animations of Heroes 42 were better than this and much similar to the animations in BF2, that the ones on this mod...

That is all i can think of the top of my head, i give it another try later to see what else i find, keep up the great work apache