Hey folks, I was hoping you might be able to help me out with a bug I've been experiencing. So I've installed Battlefield Vietnam from Battlefield 1942: The Complete Collection. I installed the 1.2 and 1.21 official patches from eodmod.org. The game wouldn't launch, so I installed the executable patch from SiMPLE. Now the game launches fine and connects to multiplayer servers, but there are some glaring graphical glitches with weapons as well as air vehicles. Namely, the glass for helicopters and jets is opaque red. (See the images in the spoilers below.) 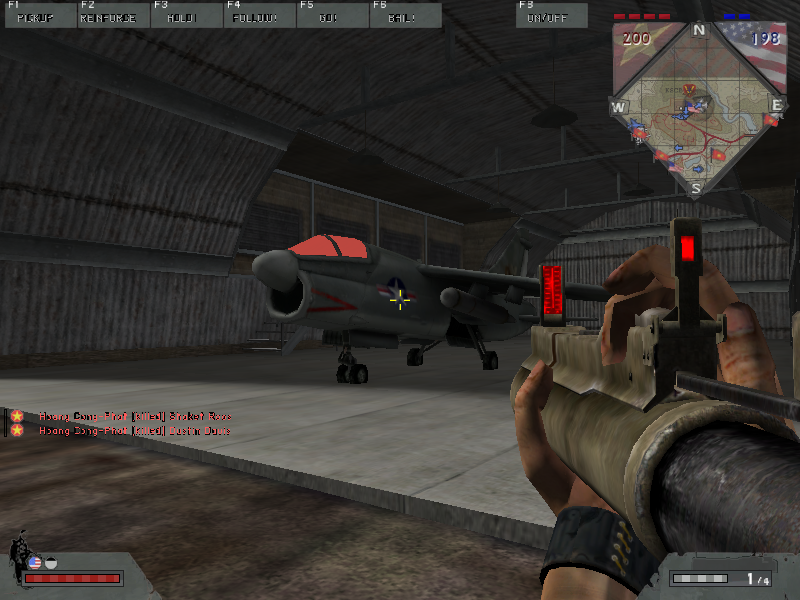 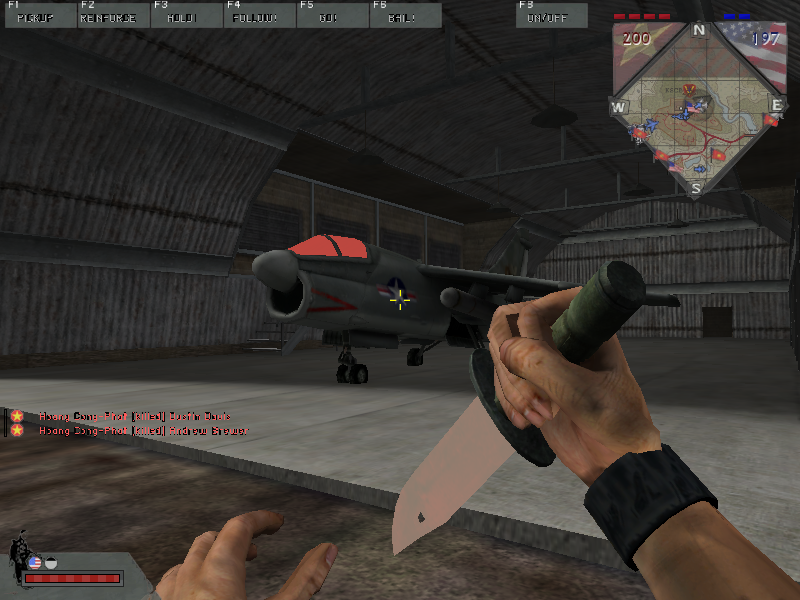 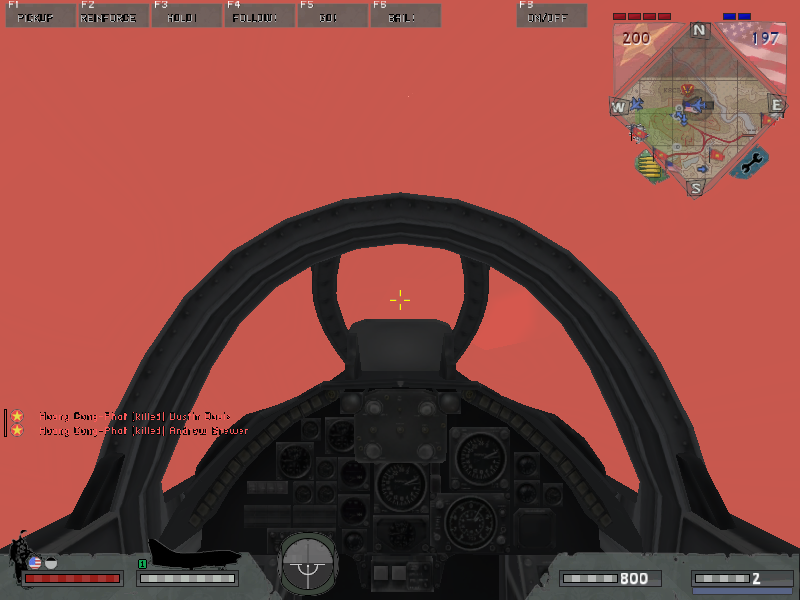 View from the inside of the aircraft
I've heard from the helpful folks here that this is an unfortunate result of having an AMD graphics card. Their recommendation was to just use the nosecam for the vehicles in question, but I was curious and wanted to see if there's a better fix. I dug around the files with BGA and was able to find the source of the issue: cubemaps. Within Mods\BfVietnam\Archives\standardMesh.rfa, there's a lot of .rs files that go something like this:

Notice the line cubemap "texture/env_default.rcm";. This refers to a file in texture.rfa which shows six reflection images depending on where an object in-game is facing. By deleting this line in all the .rs files in which it occurs, this eliminates the opaque red, and the object becomes transparent again. This poses two major issues though: the first is that it requires a lot of digital digging to locate all the files in which this line occurs, and more importantly, this modification of the files prevents one from joining online servers.

Now that I know what's causing these graphical glitches, do you think there's any way I can fix them while still being able to connect to online servers? Could I be on the right track? I figured you would be the ones to ask. Thanks.
Top

Re: [BFV] [Bug] Opaque red windows and other issues

I made a quick search on cubemaps, check the post #2 it has some info about it http://community.bugbeargames.com/index ... pic=6643.0

Return to “Battlefield 2, 2142 and Vietnam Discussion”